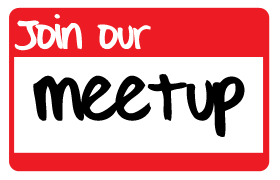 Have you joined our FileMaker Meetup? If not, consider this your formal invitation to join our FileMaker Meetup group (formerly known as FMPUG) in Portland, Oregon! We welcome any and all FileMaker developers, business owners who want to learn about FileMaker and entrepreneurs who want to incorporate FileMaker into their business structure. Even if you’ve never heard of FileMaker before today, we’d love to have you pop in, munch on some pizza and beer while you listen to FM nerds geek out.

If you missed last night’s meeting, or if you’ve been considering joining us again, here’s a recap:

The meeting was held in the conference room at the new offices of DWA Trade Show & Exposition Services; a bit off the beaten path up in far northeast Portland, but quite a nice facility nonetheless. Dave White was kind enough to offer the space, and even provided us with plates and napkins when the pizza delivery person brought three pizzas, but exactly three napkins and one paper plate….

As for the meeting itself, much of the discussion was centered around geeky FileMaker tech talk (per usual), and FileMaker Community’s new(ish) Product Ideas discussion area, where forum participants can make feature suggestions directly to FileMaker and the community has the ability to vote up or down on them – pretty cool! We also discussed the relative merits of some of the ideas posted there.

After the general discussion, Chris Irvine showed off his newly open-sourced Sequence Generator, a utility for creating serial numbers from a separate file (as opposed to using the native FileMaker serial number generation, which – as he doemonstrated – has some serious down sides in a multi-user, live environment).

After the meeting, about half of us headed to a nearby bar of the blue-collar-dive ilk and had a few drinks over more discussion of technology, futurism, and egg-and-spinach recipes. We’d love to have you join us next time!